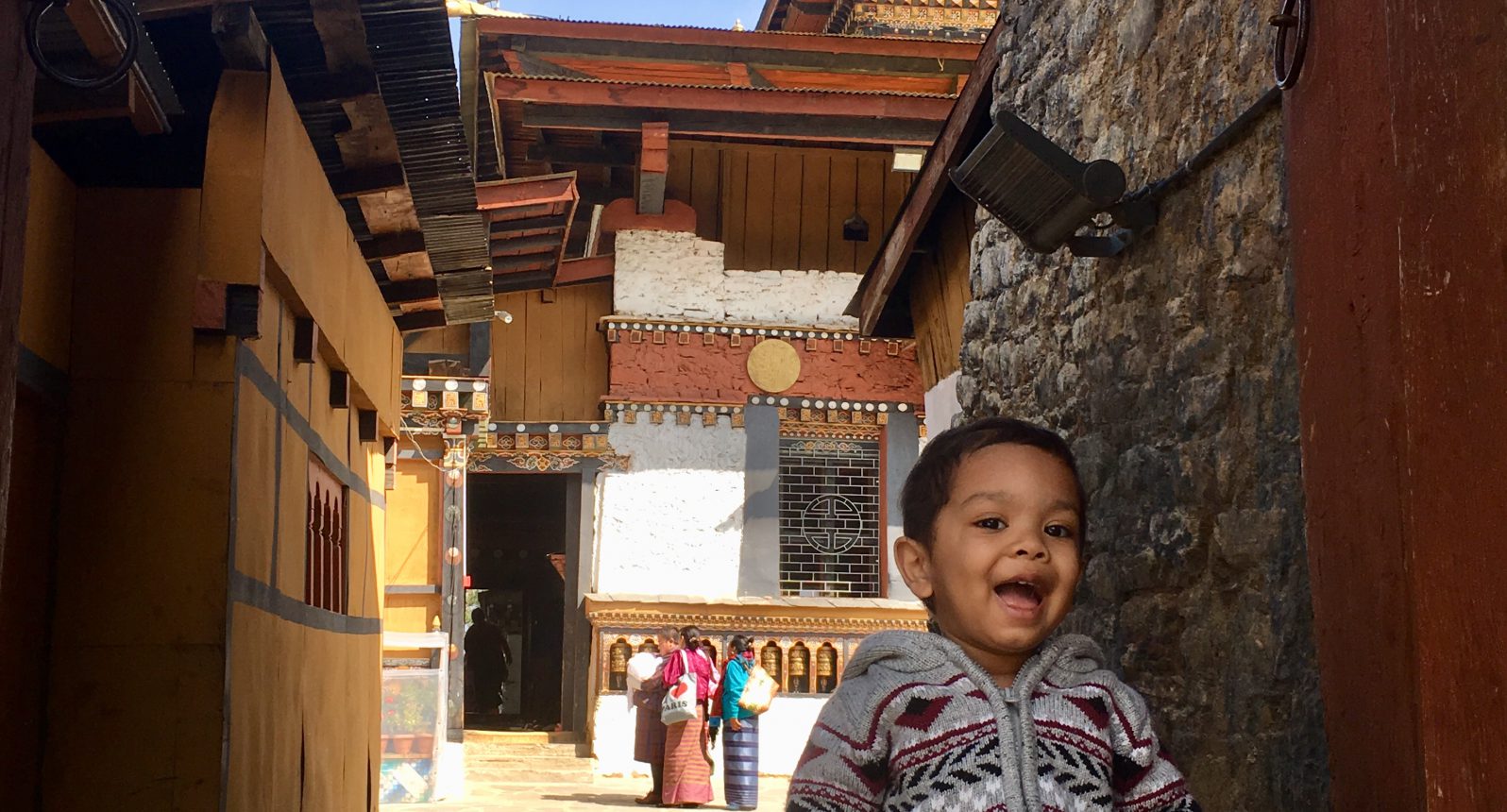 He lay prostrated on the ground, his palms opened to the heavens above – a sky of iridescent blue, framed by brilliant white chortens (Buddhist shrines) and lofty Himalayan peaks. I looked searchingly into his eyes, moist with tears, as he turned his face towards me. No, I wasn’t looking into the face of a devout monk, but at my two-year-old toddler as he emerged from the throes of an almighty tantrum. We were at the sacred Dochula Pass, 3,100m above sea level and every reservation I had about travelling with a small child in this hard-to-access mountain kingdom, came rushing back to me.

Remote, expensive and not child-friendly

Bhutan prescribes to a strict “high value, low volume” tourism strategy in order to preserve its rich cultural identity. The US$250 (US$200 in winter) daily tariff is born out of this policy and can dissuade budget conscious travellers. However, this amount includes all internal transport, 3-star accommodation, food permits and guides. In addition, children under five are exempt from this fee.

While the cities may be small, they contain all the creature comforts one would require, especially when accompanied by children. People in the tourist heartland typically speak English and most activities are family friendly. In fact, the Bhutanese people adore children and we had no shortage of well-wishers cooing over my son. There are large playgrounds in the centre of both Thimphu and Paro where families mingle over picnic lunches and butter tea while the kids play on brightly coloured, modern play equipment. Parents and children alike are warm and welcoming. While watching young local children holding my toddler and careening down slides, the air thick with laughter, I learnt that a child’s play transcends all barriers.

Oft touted as one of the world’s most dangerous airports, the short landing strip at Paro Airport is tucked into a narrow valley surrounded by the steep, 5,000m Himalayan mountains. Flight schedules are highly dependent on weather conditions and visibility, as pilots are required to appraise their environment by sight rather than rely on instruments, as the planes fly perilously close to trees and houses dotted across the mountains above. Consequently, only a handful of pilots are certified to fly in and out of the airport.

Nervous about the approach, I looked out in trepidation as the wings threatened to lop-off the tops of the trees as the plane swung terrifyingly close to the mountainside. We flew beneath several homes perched on the mountaintops, close enough for me to look into their yards. As I gripped my armrest tighter, my son delightfully pointed out the colours in the washing they’d hung out to dry. We landed on the runway at Paro Airport with a gentle bump and rolled to a smooth stop. While the approach may have been alarming to witness, it certainly didn’t feel like we’d landed in one of the world’s most dangerous airports. Over 30,000 visitors fly into the airport every year, a testament to the pilots’ skills and the authorities’ attention to safety.

Chillies and cheese – these two ingredients form the basis of most Bhutanese fare. Not quite conducive to the toddler palate, however, I need not have worried. There is so much more to Bhutanese cuisine than the quintessential ema datshi (chillies cooked in local cheese) that is appetising and nutritious for young ones. The jasha maru (chicken stew) is mildly spiced and gingery, forming a perfect accompaniment for the traditional red rice. During the trip my son discovered a love for momos (dumplings), which are served steamed or fried and generously filled with meat, cheese or vegetables. We made frequent pitstops at roadside taverns and hole-in-the-wall joints in bazaars to indulge his momo cravings.

Meals and board are included in tourist itineraries and most hotels have a range of Western and Indian menus to choose from. In larger towns like Thimphu and Paro, grocery shops carry imported brands of everyday staples like cereal, biscuits, noodles and chips. Both cities have several Western-style cafes that serve pizzas, burgers and pastries.

Once you leave the primary cities of Thimphu and Paro, Bhutan’s national highway becomes little more than a dizzying dirt track, hugging the sides of the mountains and pockmarked by the occasional landslide. With sheers drops to verdant valleys below, driving along roads is definitely not for the faint hearted, but Bhutanese drivers are cautious and considerate.

The high altitude turned out to be the biggest impediment to our journey. Bhutan’s winding roads traverse several high-altitude mountain passes, some as high as 3,800m. The thin air and vertiginous driving were enough to make us adults feel slightly queasy, but my little boy did get sick from all the driving four days into our eight-day itinerary. In hindsight, we should have paced ourselves and opted for a less hectic itinerary to give ourselves time to acclimatise. With that in mind we chose not to do the trek up to the Tiger’s Nest, a 17th century monastery built into the side of a sheer cliff at 3,120m and accessed by a gruelling hike. Many would say we’d committed a cardinal sin as it’s one of the country’s biggest attractions. However, we did manage to experience some amazing wonders, from clambering up the steps of ancient temples in Punakha to learning about the local cuisine by shopping and dining in the busy bazaars of Thimphu.

Our highlight was spending an afternoon inside the Punakha Dzong, a 17th century fortress. My son happily chased pigeons in the courtyard, amidst vermillion robed monks, while we drank in the Buddhist architecture and exquisite murals. We were even able to sit through a deeply spiritual prayer ritual, a surreal experience involving ancient rites, chants and the mystic booming of prayer drums. It was as if I were transported to another world, a magical kingdom that you only read about and certainly not something I thought I’d experience with a toddler in tow. 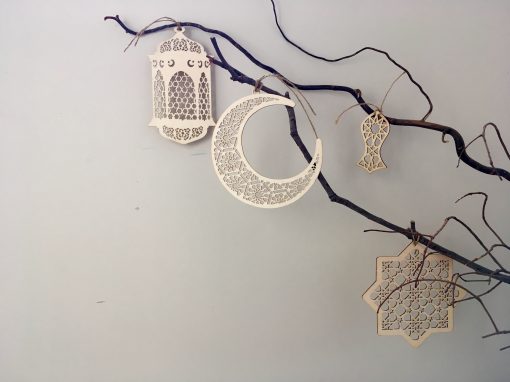