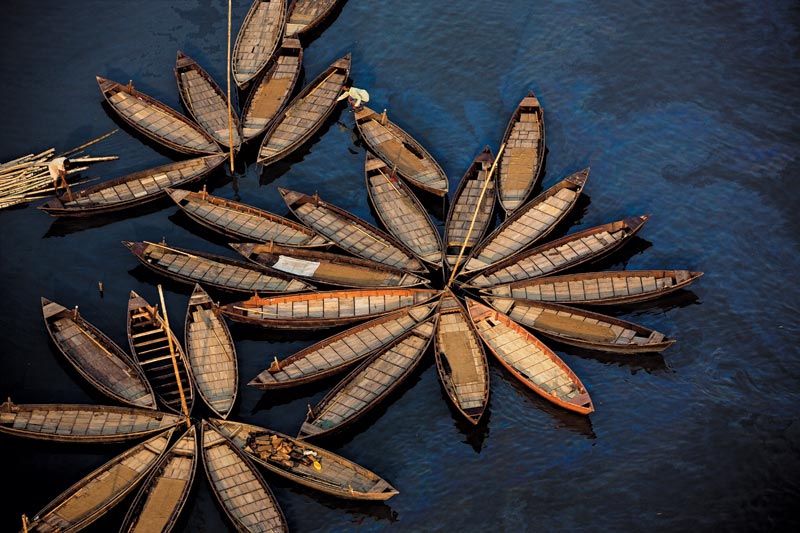 5 of the best guided tours to discover the bustling city of Dhaka.

Dhaka – crowded, colourful and cacophonous, the metropolis is a melting pot of culture, heritage and religions. Any tour company worth their salt will offer whirlwind tours of vibrant Old Dhaka which can trace its roots back to the pre-Mughal era. These 5 companies, however, offer tourists unique and intimate experiences of the city, showcasing sights and sounds that they wouldn’t have otherwise been privy to.

Guide Tours, generally renowned for their epic Sunderbans itineraries, also offer different river cruises aboard traditional wooden boats that snake down the mighty Shitalakhya river, stopping along the way at heritage sites like the Murapara Zamindar Palace and weaver’s villages, where you can immerse yourself in the lives of skilled artisans as they work traditional looms to produce the intricate designs on the quintessentially Bangladeshi Jamdani saris.

Intrepid’s Urban Adventures offers a tour of Dhaka after sunset – Dhaka After Dark. The tour focuses on historical sites in the older part of town and Dhaka University campus. Guides encourage groups to wander amongst the myriad of food stalls sampling the local fare and chatting with locals. It also includes an evening performance at the national theatre for those who want to sample the arts and culture scene in Dhaka.

The Urban Study Group (USG) is not a tour company, but a voluntary group of campaigners who work towards the conservation of Old Dhaka’s heritage buildings. The Group is comprised of architects and local volunteers knowledgeable about the city’s Mughal architecture.. Over the past decade, they’ve guided tourists and members of the public through the warren of lanes in Old Dhaka, educating them on the city’s Mughal past, its culture and architecture.

Currently they run four tours focusing on the following areas – Farashganj, to view the 18th and 19th century mansions built by Hindu zamindars; Armanitola-Chawkbazar, covering historic monuments and Mughal-era mohallas (traditional neighbourhoods); Narinda, which includes a visit to a 400-year-old Christian cemetery and the exotic Baldah Gardens, and a walk along the banks of the Buriganga River showcasing two Mughal caravansaries – Boro Katra and Choto Katra.

For photography enthusiasts, Nijhoom Tours offers a range of dedicated photography tours, meandering through backstreets and bazaars. Their tours cover some of the largest, and oldest markets in the city, their stalls abuzz with activity and all manner of intriguing wares on display. Visits to frantic bus and rail terminals, century-old slaughterhouses and jewellery makers all allow for opportunities to capture the true essence of Dhaka city and its people.

PathFriend runs tours to Dhamrai on the outskirts of Dhaka. The region is home to the artisan communities of traditional potters and brass and metal casters. PathFriend offers tourists the opportunity to immerse themselves within these communities and learn more about these dying artforms. Many of the potters and metal workers sell intricately detailed brass and silverware at reasonable prices. PathFriend’s tour also includes a visit to the National Martyr’s Monument in Savar, where, amidst lush, serene surroundings, tourists can pay homage to the lives lost in the Liberation War of 1971.