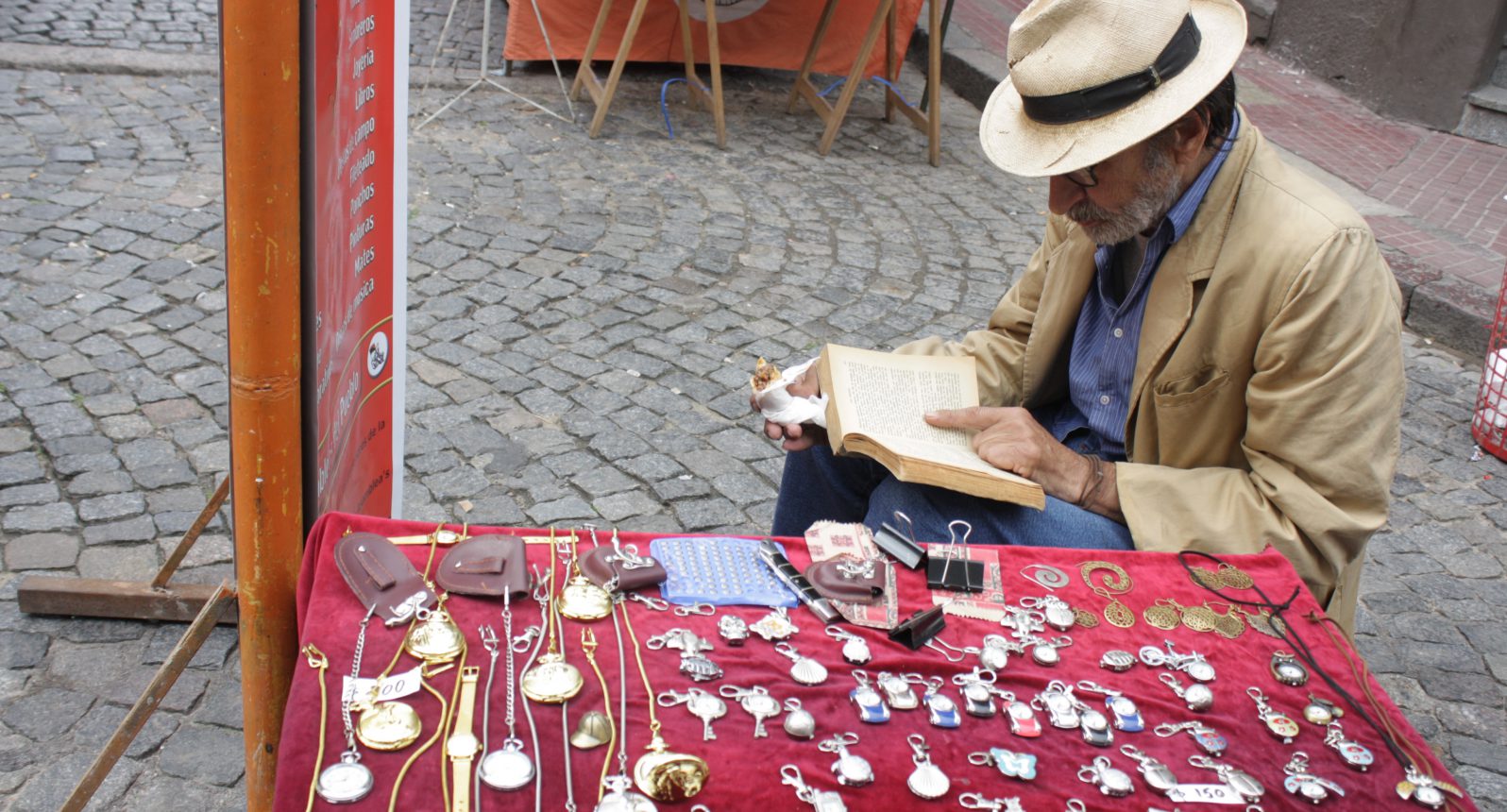 In a serendipitous twist of fate, I found myself living in Buenos Aires. With little over a month and accompanied by my young family, I set about immersing myself in all that this beguiling city had to offer. The Barrios of Buenos Aires has been split into three parts: Monserrat & City Centre, Palermo & Recoleta, and La Boca & San Telmo. This is the third and last installment in the series.

Throughout my writings, I have focused on the barrios (neighbourhoods) where I had spent the most time during my stay in Buenos Aires. They also happen to be the most touristy. There are so many other neighbourhoods that remain unexplored. “Next time,” I placate myself. But for now, I have saved the most colourful for last – La Boca and San Telmo.

Media reports suggest the neighbourhood of La Boca epitomises all the dangers of Latin America that mothers, and many tourist forums alike, warn you to stay away from – violent crime, shabby, ghetto-like housing and tourist touts. However, it still draws in tourists in droves. La Boca plays host to El Caminito, a colourful and quirky strip of houses and cafes, and is also home La Bombonera, the Boca Juniors’ stadium. While my husband was lured by their sporting glory, it held little appeal for me. However, once I had gotten past the fearmongering (read: stopped reading about tourists being robbed at gunpoint on travel forums) and made my husband promise not to go wandering off the main tourist thoroughfare, I realised, deep down, I too wanted to visit this working class barrio, not just to check an item off the tourist checklist, but because I wanted to get a feel of what a real working class neighbourhood Buenos Aires would be like.

As I stepped off the bus and I took in the rundown apartment blocks and shops with iron bars on the windows, I quickly realised we hadn’t quite disembarked at the tourist strip as recommended. Local youths hung around street corners with cigarettes dangling from the corners of their mouths. My imagination went into overdrive. With mounting anxiety, I pushed my son’s stroller over rutted streets and past a desolate canal as my husband jauntily consulted his map and led us towards La Bombonera. It turned out to be the rear entrance and we were advised to take a different route to the front. My nervousness escalated as I noted armed police stationed discreetly around the neighbourhood.

We were soon enveloped by a sea of blue and gold (or rather, yellow) – we’d reached the home of the Boca Juniors. Every house, café and shopfront within the vicinity of La Bombonera was painted in the team colours, only interrupted by the occasional football themed mural. The stadium itself, a mammoth block of concrete (also painted blue and yellow), wasn’t much to look at. But it’s sheer size, unusual layout and the neighbourhood, sure made the trip worth it. Shopkeepers too, proudly wore their colours and helped us with recommendations for best lunch spots. We ended up in La Glorieta de Quique, an Argentinian grill just across from the stadium. Sporting the Boca hues and lined with Boca memorabilia in various stages of disrepair, the restaurant is popular with Boca fans. We were welcomed indoors with hearty slaps on our backs and seated promptly, my son in their trademark blue and yellow highchair. They served up a scrumptious choripan (local sausage sandwich) and plenty of football conversation.

We carefully navigated our path towards El Caminito, walking past some of the most stunning murals and tongue-in-cheek graffiti. The narrow alleyways leading out of the main artery were lined with derelict housing. We approached El Caminito from the rear. The cobblestone strip was lined with sun-speckled, brightly hued buildings, mostly made of corrugated tin. Dozens of artists had their artwork on display, making it feel much like an open-air art gallery. As we turned the corner towards the main strip, we were met simultaneously, by throngs of camera-toting tourists, a dance troupe just finishing off their tango routine and kitschy souvenir shops and mediocre cafes. As much as I delighted in trying to capture the vibrant scenes before me, it couldn’t have been further from the real Boca – homes built of rusty corrugated tin, the paint peeling and window panes broken.

Think cobble-stoned streets and opulent facades, albeit faded and peeling. San Telmo is the tango capital of Latin America, with milongas (tango venues) around every corner. On Sundays the narrow streets are taken over by a street market which promises a heady mix of artisanal wares, cheap, colourful souvenirs, crafts and vintage clothes. We spent our first weekend exploring the endless lines of stalls, some of which were no more than a sheet spread on the ground upon which all manners of crafts and pre-loved knickknacks were displayed. We strolled past immaculately dressed tango dancers on street corners, their moves sensual and almost, spiritual.

Overcome by the smell of freshly barbecued meat, we followed the smoke to find several nondescript carparks converted into open-air parilladas (barbecue joints), complete with live bands and plastic chairs upon which locals sat wolfing down fat choripans (Argentinian sausage sandwich) slathered with generous helpings of tangy chimichurri (herb sauce). We wound our way over some of the most treacherous terrain – cratered footpaths which in certain segments had given way completely to piles of rubble – an impossible feat for our stroller. But with the help of locals, we prevailed. Mustachioed shopkeepers and buxom grandmothers alike were only too happy to help us lift and carry the stroller over obstructed sections. My son on the other hand, wasn’t too pleased.

San Telmo was certainly not all about the weekend market, a fact that was driven home when we stayed in the area for a few days. Quaint little empanada (stuffed pastry) shops and hidden second-hand bookstores made for fascinating discoveries. The neighbourhood is also home to some of the best Argentinian fare in the city. We became quick fans of the choripan and bife de lomo (tenderloin steak) at Desnivel, a no-frills local parilla which we’d frequent.

It was easy to get lost in the antiques market, stocked top to bottom with every kind of paraphernalia imaginable and more. The two – three storey buildings were some of the first ones to be built in Buenos Aires. Some of the buildings had shabby exteriors, while others, in contrast, were covered in some of the most remarkable graffiti, and housed funky souvenir shops. But the barrio had managed to retain its old-world charm.