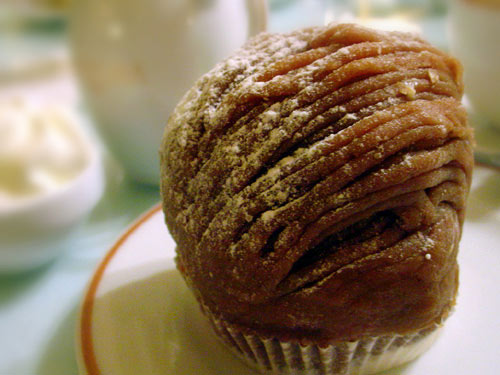 They call it “The City of Love.” And indeed, droves of hand-holding couples flock to Paris, taking in all that the city has to offer. I too am drawn to this city where I indulge in my most decadent pleasures – of the gastronomic kind rather than your general amorous pursuits. The advent of budget airlines coupled with work obligations has resulted in copious trips to the famed capital. As I step off the Eurostar into the seedy surrounds of the Gare du Nord, I’m already mapping my way through the streets of Paris. I am on a mission to revisit all my favourite haunts.

While each Parisian quarter has its own distinct trait, they all have one thing in common – the quintessential local boulangerie. With a freshly baked baguette tucked safely under my arm, I waltz into the fromagerie next door. I carefully assess the array of cheeses on offer and select a particularly pungent disc of brie. Next stop: Parc du Champ-de-Mars. I settle down for the perfect picnic in the shadow of the Eiffel Tower. With a book for company, I rip off a hunk of baguette and dunk it into the soft cheese. Sublime.

The narrow alleys of the Latin Quarter still holds the same fascination it did the first time I visited Paris. The air is hazy with smoke from the doner kebab shops lining the laneways. I quickly find the shop my parents and I had visited a decade ago and order a small doner. It may not be the best, but tradition dictates I sit by the banks of the nearby Siene and take surreptitious bites of the steaming kebab and chips while watching the river traffic go past.

A carefree saunter past the Notre-Dame takes me to the Ile Saint Louis, a tiny island in the centre of Paris. I walk down the narrow cobble-stoned streets, past the buskers and the jugglers till I locate a crush of people huddled around a quaint storefront, obscuring the view of the contents within. I joined the queue for Berthillon, considered by many as the best ice cream in all of Paris. As I sink my teeth into the sweet delights of their raspberry sorbet, I think that the half hour wait was well worth the effort.

Leaving the twinkling lights of the boats behind, I duck into a quaint little French restaurant, Le Trumilou, which, after many taste tests, I’ve found serves the best escargots (snails) in the city. The herb and butter sauce is simply divine.The boisterous maitre’d is happy enough to translate the all French menu, accompanied by frantic gesticulation. He convinces me to sample their house specialty: confit aux pruneaux (duck with prunes) and I am eternally grateful for being such a pushover.

No visit to Paris is complete without sampling some of the confection on offer – be it sampling the fare at the local patisserie or queuing up for the delicate macarons at the world famous Laduree. And what I absolutely refuse to leave Paris without, is not a trip to the Eiffel Tower or a shopping spree on Champs Elysees, but a trip to Angelina’s, which serves the world’s best hot chocolate. I can still taste the silky, chocolaty concoction as I pen this piece. Utter bliss!