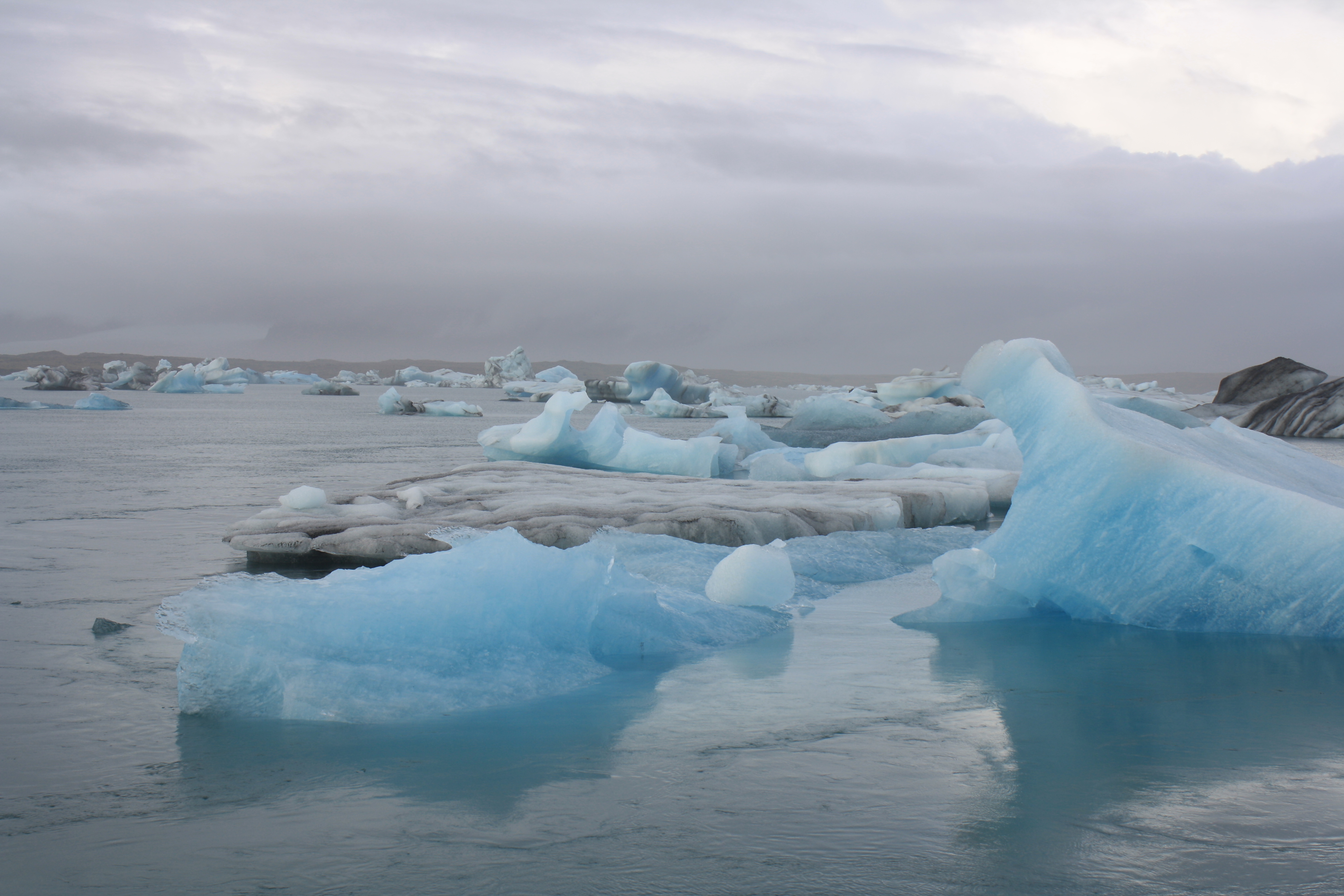 The Land of Fire and Ice: Driving Through Iceland’s Ring Road

The sky was an angry gray, the sea a heaving mass; rain lashed against the windows and gale force winds rattled the tiny cabin. I looked out and watched in trepidation as three large figures, hulked across the windswept plain. Three men tumbled through the door of the communal kitchen. After the cursory “hello,” I quickly went back to my dinner. The meal was soon interrupted by the newcomers who introduced themselves as hunters, on the prowl for wild geese. It’s not every day that one finds a South Asian couple in a remote glacier town in Iceland and their interest was piqued.

Hospitality and national pride runs high amongst Icelanders, and my new friends did their utmost to make us feel at home, insisting, in a most persuasive manner not uncommon to us Bangalis, to join them for dinner. As soon as we’d acquiesced, I watched in alarm as the mustachioed man unsheathed a dagger that was until then comfortably hidden at his hip. I looked on, in escalating dismay, as he produced a grey, bulbous mass, proceeded to cleave it in two, and plonked down a vile plateful in front of me: it was boiled sheep’s head. Before I could digest the notion of having to eat such a reprehensible thing, there landed on my plate, an ugly chunk of blood sausage. This was standard fare for Icelanders on the go. Throwing caution to the wind, I surreptitiously sawed off a tiny bit of sheep’s tongue. What a surprise it was to find it reasonably palatable, however, it shall never rank high on my list of favourite foods.

Our trip to Iceland thus far had been riddled with the strange and unconventional. When we decided to drive around the country, we had little idea of the alien, but enticing landscape we’d encounter. The land, formed from volcanic lava, is devoid of trees. The only vegetation for miles around is a handful of bushes and a smattering of moss covering the jet-black rock. The onset of autumn had led to an explosion of colours, making the land unlike anything I had ever seen.

We’d started off at Reykjavik, hoping to follow the Ring Road, Iceland’s sole highway, back to the capital in a week. We dedicated our first day towards exploring the Golden Circle, a route popular with tourists and which covers Pingvellir National Park, famed for its scenic lake and great fissures; Gulfoss, a spectacular, double level waterfall and the famous Geysir, from which the word ‘geyser’ has been derived. Pingvellir was an absolute delight, and we happily clambered up the fissures that were formed, many eons ago, by the North American and European tectonic plates ripping the earth in two. We spent the afternoon hopping between continental plates and stumbling upon the most outlandish looking birds.

Large plumes of smoke rent the sky, marking the spot where Geysir lay, miles before we’d reached it. Given its aptitude for erupting only once a day, if at all, we failed to catch The Great Geysir in action. We were however, completely blown away by another geyser, the smaller but more amenable Strokkur. It regularly upended several thousands of gallons of boiling water from deep within the belly of the earth, rumbling copiously before hurling the regurgitated water back into the atmosphere, thus keeping busloads of tourists thoroughly entertained throughout the day.

Driving down the Ring Road can be monotonous at times, the desolate landscape sprouting the solitary cottage and the highway playing host to a tiny trickle of 4WDs. At other times it can be a feast for the senses, the roiling sea on one side and craters on the other. Glorious waterfalls cascade down volcanic rock to the road, underneath the arch of the perfect rainbow, making it an absolute necessity for a photo pit stop. Volcanoes too are dispersed liberally along the road. We drove past the still spitting Eyjafjallajokull that had made headlines for wreaking havoc to air travel. After a day’s drive we ended up in Skaftafellsjokull, a breathtakingly beautiful glacier. Unfortunately, dark clouds and rain obscured the perfect view but didn’t deter us from embarking on a short, but very wet hike.

Nearby lay the glacier lagoon, Jokulsarlon. We had to make a hurried stop as I squealed with delight at the sight of a veritable procession of icebergs making its way along the water. Despite the gloomy weather and the rain lashing against my face, I scampered down the banks to gaze in awe as the icebergs floated down to sea, passing under a bridge to do so. Chunks of ice, some as large as a hippo, clung to the black sand beaches. As I picked up smaller chunks of ice at abandon, just for the fun of it, I spotted a pair of eyes staring at me from the water. I ran to the water’s edge, and lo behold, it was a seal! The playful pup which kept getting swept away by the current decided to befriend me. Every time I ran to the edge of the water, it laboriously swam back to where I was, watched me with its big, puppy dog eyes and then dived.It was a game I firmly believed I would never tire of, till a large wave nearly drenched me.I never thought I’d be on a beach, dodging icebergs and scrambling to get get away from the frosty waves. The glaciers at Jokulsarlon are home to thousands of seals and they can be found swimming in the lagoon or napping under the bridge by the road.

Eastern Iceland, famed for its magnificent fjords, is sparsely inhabited. We stopped off at the tiny coastal town of Seydisfjordur and made our way to the local youth hostel. We weren’t exactly spoilt for choice as it was the only accommodation open for business for miles around. Imagine our surprise, as we were greeted by the South Indian receptionist, at the edge of the Arctic Circle! We happened to be the only visitors in town that night, but our arrival had successfully managed to boost the tiny town’s ethnic population by threefold.

A stone’s throw away from the Arctic Circle, lies the town of Husavik, a whale watching hub. We weren’t very lucky with the whales, but we did manage to spot a Puffin or two.  However, our interaction with whales came in a slightly different form. We found ourselves in an old whaling port, on a cold wintry night, in a tin shed restaurant run by a wizened old man, who seemed to come right out of the pages of The Old Man & the Sea. After nearly two months in Greece & Turkey, we were missing kebabs and so we ordered shashlik. It just happened to be made out of whale meat. While this tasted exactly like beef, just with a slightly fishy smell, the Iceland’s infamous fermented shark, or Harkaal, tasted just like bleach. It’s no wonder that even the most adventurous steer clear of this.

We capped off our trip by a visit to the Blue Lagoon, the famous outdoor geothermal spa that’s heated to a toasty 38 degrees by the earth’s natural forces. We escaped frigid temperatures by soaking in the turquoise waters. Admiring the lava rocks surrounding the geothermal pools provided the perfect ending to an amazing ten days in the land of fire and ice.