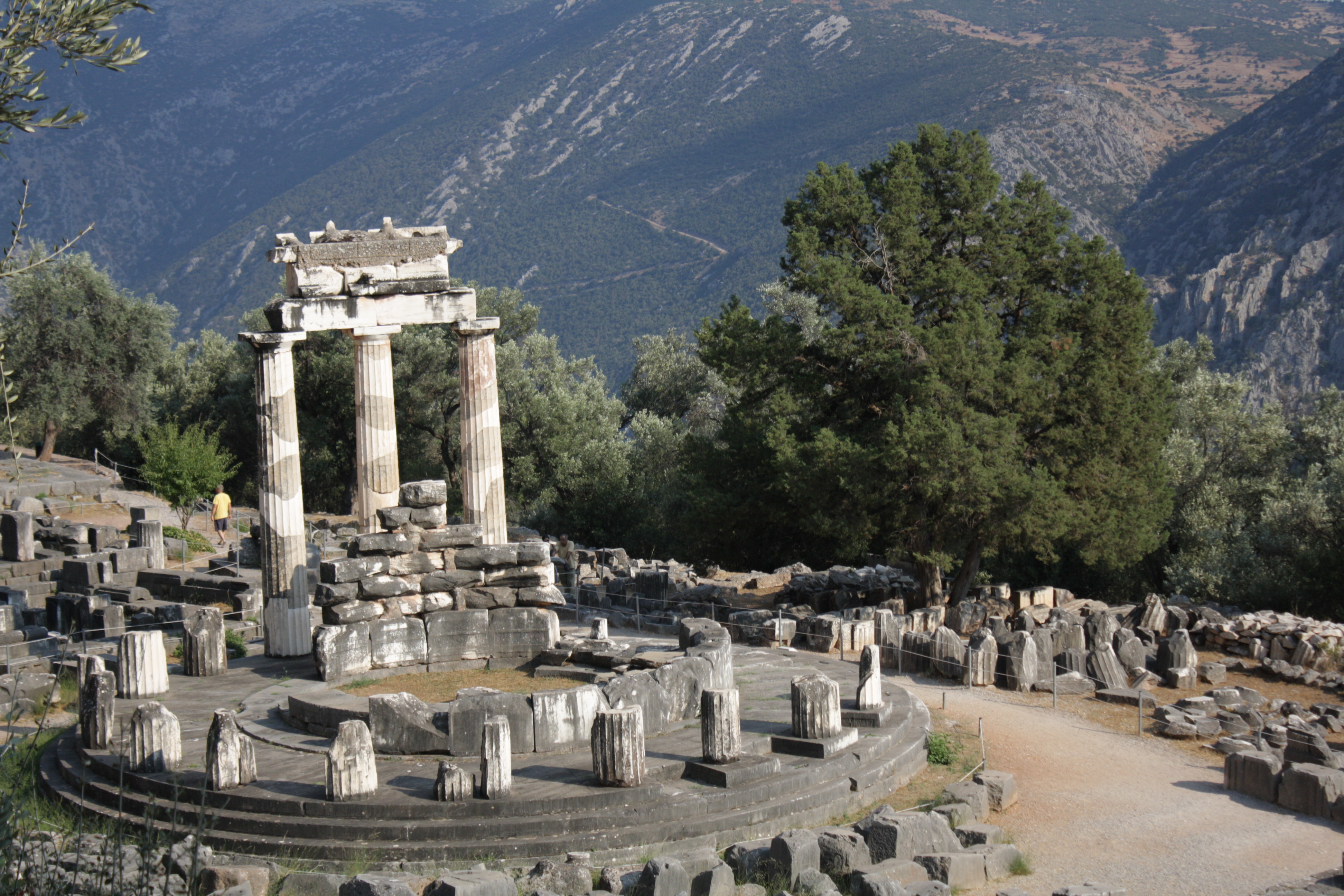 On the Trail of Ancient Greece

The air was thick with exhaust fumes, the traffic throwing up a cacophony of honks and curses. Street peddlers darted in and out of the long queue of cars at the stop lights, all the while conversing with each other, “Oh Bhai, desh e phone disen?”  On the street across, a restaurant sign advertised tasty biryani, in bold blue Bangla letters, and also in… Greek.  Welcome to modern day Athens. For a girl who’s grown up on a steady diet of Greek myth and has forever romanticized about cavorting around the ancient Greek ruins, getting up close and personal with the stuff of legends, stepping into an Athens that was more like Dhaka, than the land of Zeus, wasn’t just a culture shock; it was a dream shattered.

The journey to discover ancient Greece started in the Peloponnese, home to the famed cities of Oympia, Sparta and Corinthia. I got off the ferry at Patra, eyes agog with wonder, ready to absorb the plethora of ancient ruins at hand, till I could distinguish Ionic from Doric in the blink of an eye. I couldn’t wait to hit the town. I marched straight into the train station, and enquired about the next train to Sparta.

“No train to Sparta,” came the reply from the sleepy attendant. “How about Corinthia?” I asked enthusiastically, interrupting his conversation with his equally languid colleague. “No train.  You know IMF?” “Yes…” I offered tentatively, wondering what the IMF has to do with my quest to see the ruins.“They cut fund.  No trains in Peloponnese.” Welcome to the era of the Greek debt crisis.

We trudged off to the tourist office in search of alternatives, where, much to our chagrin, we found out that a succession of wars and earthquakes in the region had successfully led to the complete annihilation of anything remotely to do with ancient Sparta. We were further told that little of the ancient past remained in Corinthia, a fact confirmed by our well-thumbed guidebook. Hearts heavy with disappointment, we decided to try our luck at Olympia, where the site of the ancient Olympics is some of the best preserved ruins on account of the 2004 Athens Olympics.

As we found out from our trips to the local museums, there is a lot more to Olympia than the Olympics and the modern, souvenir shop lined town that’s grown around it. Much of the ruined buildings in the ancient site were tributes to the Gods , while others housed the treasuries of nearby towns. The remnants of the stadium, the gymnasium and the sauna like baths give an inkling of what the games would’ve been like some millennia ago. From the pamphlets that accompany the site visit, we learnt that the Olympics, with the accolades bestowed upon champions and the money involved,  were not too different from what they are today, save for the complete exclusion of female participation. In ancient Greece, women were prohibited from both competing and viewing the games, and anyone caught sneaking in were thrown unceremoniously off a nearby rock. Good to know that times have changed.

Another historically poignant, and thankfully, one of the better preserved ruins were that of Delphi. Stories about the Delphic Oracle still holds its charm and we set off to explore the Sanctuary of Apollo, the ruins of which are atop a cliff with spectacular views of the olive tree lined valley below. Ancient Greeks regarded Delphi as the center of the world, and given its crows-nest location, one can easily see that why it would be fit for the Gods.  Walking through the remnants of the treasuries and theatres that lined the Sacred Way up to the temple of Apollo, it’s easy to imagine the architectural splendour of what there once was.

The trump card for an aficionado of the ancient Greek civilization is, of course, the Acropolis in Athens, and for me at least, it lived up to all expectations. Capped by the Parthenon, the Acropolis stands sentinel over Athens, and in my five days in the city, a chance glimpse of its gleaming façade, be it through the window of a tavern, or between souvenir stalls, didn’t once fail to give me goosebumps.

Visiting the Acropolis museum further put me in awe of the architectural wonder. Not only was I able to feast my eyes on the exquisite statues that had graced the buildings (the best of which have been carted off to the British Museum in London, mind you), but I also learnt that over time, the Parthenon not only served as the temple of Athena, but also as a church and with Byzantine rule, as a mosque as well! Unfortunately, during the early Christian occupancy, the beautiful artwork was deemed offensive and the monks did much to destroy the statues. Combined with steady bombardment over centuries of battles, there are more statues that have been defaced than there are intact. Unlike other famous museums, who in their eagerness to boast their collections, allow unhindered (and in certain cases, excessive) photography, the Acropolis museum has a no-photography-under- any-circumstances policy. Ever ready to get one over irrational authoritative systems, I quickly whipped out my sketchpad and diligently went about copying the intricate details of the statue of the Korai women found adorning the Acropolis.

In addition to the Acropolis, a smattering of marble pillars around the city serves as a constant reminder of Athens’ ancient past. Though very little is intact, the imprint of the ancient civilization is everywhere. A trip down to the metro station feels a bit like a visit to a mini museum, as on display, side by side with the ticket machines, are ancient urns, instruments, and even gargantuan statues, all stumbled upon while digging to build the subway.

Despite the shock of realising that very little of ancient Greece from our  history books  remains today, whatever little glimpses of the past I’ve had, has further strengthened my appreciation for a civilization long gone, but hardly forgotten.