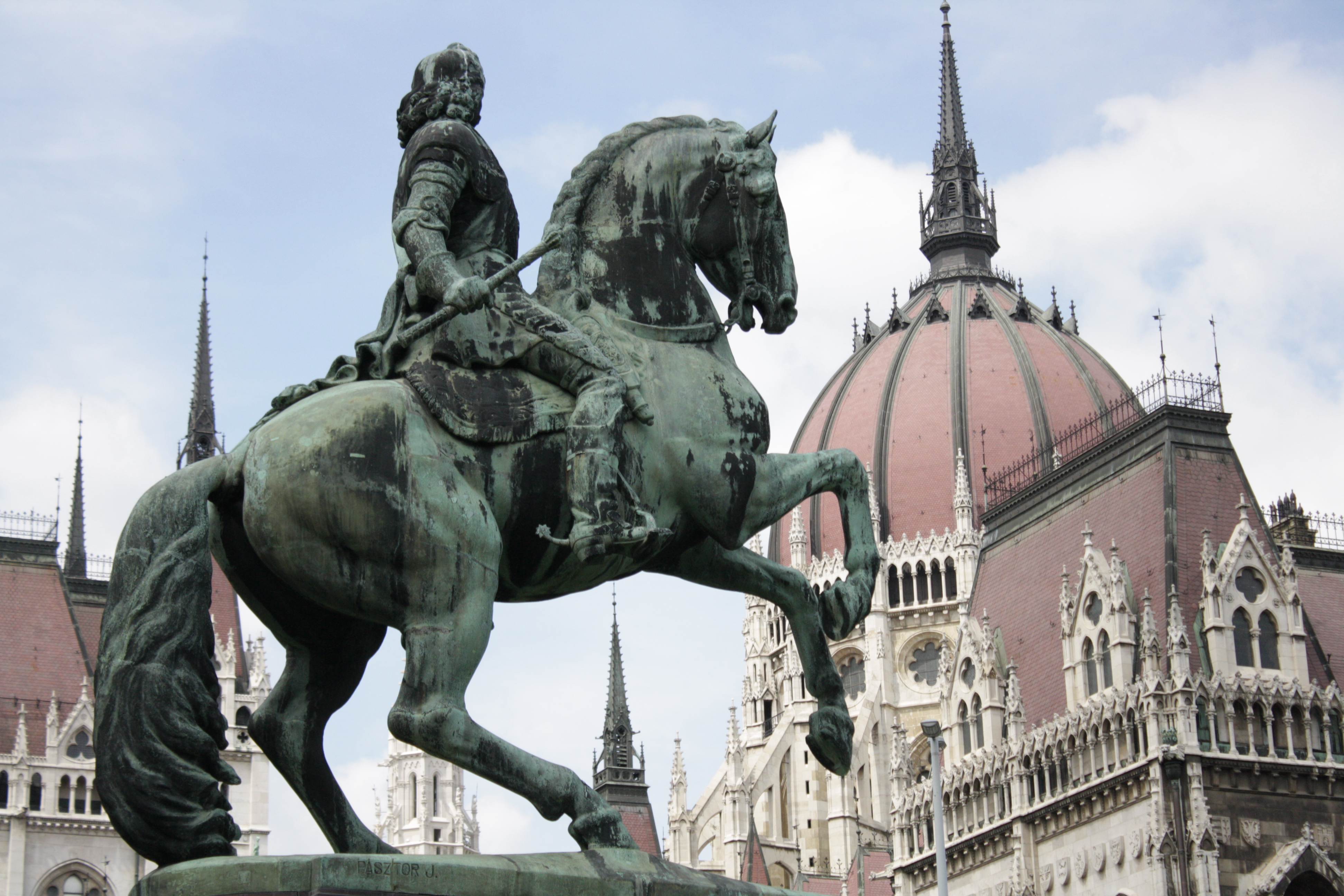 Of Goulash and Ruin Bars

Our idea of Eastern Europe has been largely influenced by the drab communist blocks of Zagreb and Bratislava. As the sleeper from Munich chugged to a stop at Budapest rail station, we were accosted by the customary spectrum of people – the loud voiced tourist touts following in the wakes of Western Backpackers, head scarved ladies bustling past with their wicker baskets, bedraggled beggars prostrated on the ground, seeking alms from the largely ignorant commuters rushing past.

It wasn’t until after we’d exited the station and looked upon its intricate facade that we realised that perhaps this Eastern European city had a lot more on offer than the uninspiring buildings and a turbulent past. The rail station boasted impressive classical architecture, a style that was mirrored in every building that we passed by on my way to the city centre. The grand buildings could’ve easily competed with the ranks of Paris and Prague, albeit veiled under a heavier coating of grime. The cost of constantly having to admire the beautiful structures is that it leaves your vision otherwise occupied, making it near impossible to dodge the various examples of canine excrement on the streets.

Budapest actually used to be two separate cities – the affluent, hilly suburbs of Buda, and the livelier plains of Pest, cleaved by the river Duna (or Danube as we know it). Today, it’s a vibrant city where the history and architecture meld seamlessly with the modern, chic café scene.  Verdant parks lined with art galleries merge onto cobblestoned streets heaving with traffic.  The Hungarian parliament straddles the eastern bank of the river, its Gothic peaks dominating a skyline devoid of high rises.

Hungary has had an ugly, bloody past and the city bears its wounds with pride, it seems. During the Second World War, thousands of Jews, men, women and children alike were shot on the banks of the Duna, their bodies toppling into the river to be forever lost. The tragedy is kept alive by a memorial depicting dozens of pairs of bronze shoes lined up on the banks, seemingly stepping into the river – a poignant tribute. The city also puts on display the bullet riddled facade of their many office buildings, as well as the old flag ripped apart to commemorate the end to the communist regime. And recently, they’ve inaugurated a brand new statue of Ronald Regan, deemed by Hungarians as a saviour; the man who had pulled back the Iron Curtain.

One of the joys of travelling is chance encounters with locals.  Insights into the cultural heritage of a country or access to insider information can heighten one’s experience of a place, and we were lucky to have had a taste of that in Budapest. On our first afternoon in the city, we decided to tackle the language barrier and order some authentic dishes. We sped by the ones sporting menus in English, fearing substandard and overpriced tourist fare. After several minutes of helplessly staring at the menu board and enthusiastic gesticulating, our waiter still sported a blank look.  A fellow diner took pity on us and invited us to join him at his table, offering to translate the menu. Laszlo, our host, happened to be a radio journalist, with a wealth of local knowledge. Our conversation about the country’s transition from communism was interrupted when the waiter plonked down a bowl of frightfully pink liquid in front of me. This turned out to be a refreshing, cold fruit soup, a tad out of the ordinary, but thoroughly enjoyable. My husband, Aninda, had ordered a traditional fish stew, which, with a piece of fish floating in the bowl, looked and tasted just like maacher jhol, albeit with a hint of Hungary’s renowned paprika. Then came a succession of stodgy looking potato dumplings, some doused in beef curry, some with cheese and sweet cabbage, all of which was surprisingly delicious.

Laszlo also left us with a few more gems of information, integral to all residents of Budapest–goulash, langos, ruin bars. We couldn’t leave Budapest without sampling goulash, the dish that’s synonymous with Hungarian cuisine. Menza, an institution renowned for serving traditional fare albeit in a decidedly untraditional setting, served the best goulash in town, which we can attest to after rigorous taste tests. Lesser known to outsiders but equally popular amongst locals, Langos, is an artery clogging snack of deep fried dough, topped with a fistful of grated cheese, sour cream and pungent garlic, which can only be found in hole in the wall institutions. As soon as we’d sunk our teeth into this fluffy, salty treat, we were hooked and we fed our addiction numerous times during our stay.

When communism was grinding to a halt, many of the state owned flats were offered up for sale to its tenants, who could continue to pay rent over the next four decades after which they could gain ownership of their flats. After 40years, many owners didn’t have the means to renovate and finance the upkeep of the buildings and they were left crumbling. In waltzed groups of enterprising people who promised to pay for the buildings’ maintenance in return for use of the derelict space. Then they raided the flea markets for all kinds of mismatched furniture, outfitting the dilapidated buildings with little rhyme or reason.  A sound system, some cds and a bar full of drinks later, the ruin bar was born. We decided to pay a visit to one such venue, which happened to be wedged between a bike repair shop (which also doubled as the men’s loo) and a dentist’s chambers. Broken picture frames stuck with tape clung precariously to the walls.  Retro furniture in various stages of disrepair were arranged haphazardly while wayward chandeliers dangled from the ceiling.  It all somehow played into a certain kind of charm.  This curiously atmospheric setting made one want to sink into the lumpy chairs, sip on a drink and pen a few thoughts. And in the myriad of thoughts inspired by the veiled romance in this underrated and deeply enchanting city, the seeds for this article were planted.